It’s cocktail competition time! Join us on Wednesday, 4th May at Jenny’s Bar in Liverpool for an afternoon watching some of the most skilled bartenders, from Manchester, Liverpool, Leeds, Halifax & Nottingham, shake it out in front of a panel of judges to be crowned champion of this year’s Collins Cocktail Competition.

The deadline for entries was the 20th April and since then we’ve narrowed it down to 12 lucky finalists who will be mixing up on the day. Our finalists include:

The competition will kick start at 2pm and the aim of the game, for each of our finalists, is to create their own interpretation of the timeless Tom Collins (a simple mix of gin, lemon and sugar syrup, shaken over ice). The only rule that applies is the use of 35ml of Bobby’s Schiedam Dry Gin.

What we’re looking for is an original interpretation of the classic that really showcases Bobby’s Gin in all in its glory. Cocktails will be judged on taste as well as presentation and originality. The winner will be announced on the day. 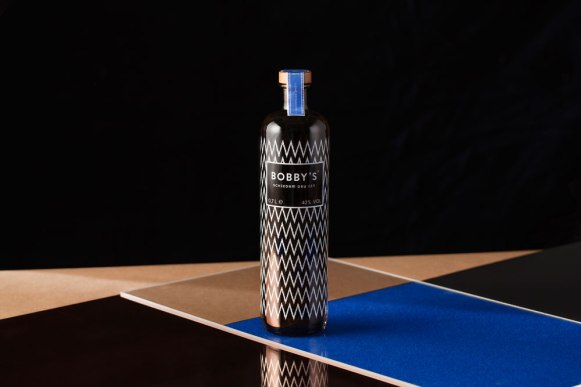 Jacobus Alfons, or Bobby to his family and friends, was born in Indonesia but migrated to the Netherlands in 1950. Bobby loved Dutch Genever, but missed the taste of home, so started infusing it with Indonesian spices and herbs, unknowingly creating his own gin and laying down the foundation for Bobby’s Gin.

In 2012 Bobby’s grandson Sebastiaan discovered an old bottle of the gin in his mother’s house. Inspired by his grandfather’s story he travelled to Schiedam, the city where Gin originated and started work on creating a unique gin, blending the tradition of Schiedam Genever with the best Indonesian botanicals and spices. After almost two years of distilling, developing and refining, Bobby’s Gin Schiedam Dry Gin was born.