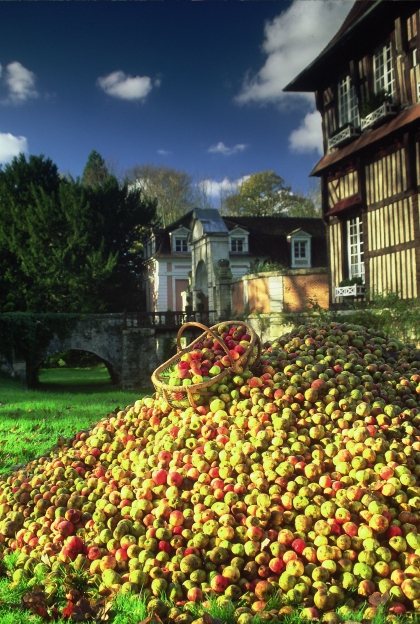 Calvados is back. Well, ‘back’ is perhaps putting it a little strongly – it’s debatable whether there was ever a time when calvados was the apple (sorry) of the bar world’s eye – but there’s definitely something going on. Rather than sourcing one unconsidered bottle, destined for a life of gathering dust, bartenders are now paying attention, and restaurants may have a number of calvados options on the back bar covering different styles: Coupette in Bethnal Green boasts an impressive range and features a calvados of the month. It is no surprise that the definitive apple brandy is finding its way onto more and more cocktail menus throughout the country.

A short history of the Calvados region and its brandy

Cider making has a long history in France, dating back at least to the Romans. In the 13th century it became the drink of choice for the lower classes in the Normandy region, and by the 14th century cider sales in the North were greater than wine. The first record we have of the distillation of cider is from 1553, when a nobleman called Gilles de Gouberville recorded the process of making eaux-de-vie in his diary.

During the 19th century, calvados and cider became very popular in Paris, partly due to the phylloxera crisis crippling the wine trade. ‘Café/Calva’ became a favourite with the working man and is a tradition that continues to this day.

A castle and its apples

Château du Breuil has around 22000 apple trees within two orchards (42 hectares) in the Pays d’Auge region, and also works with farmers from the neighbouring towns. The higher rainfall in the region combined with the shallow soil provide perfect growing conditions for apple trees. It takes around 27kg of apples to make one litre of calvados; each tree produces 50-200kg each harvest (depending on the age of the tree, the rootstock and a number of other factors!)

Harvesting takes place in October and November, with up to 40 varieties of apple arriving at the Château to be pressed. The blend between these varieties is the first step to creating the unique flavour profile of the ciders. Fermentation is 100% natural and takes at least 6 weeks (the legal minimum is 3 weeks), yielding a 4.5% cider.

Distillation begins in the winter in Château du Breuil’s two copper pot stills. For Calvados Pays d’Auge the stills may be heated with a steam coil or naked flame; Château du Breuil uses flame. The first distillation produces les petites eaux at 28%, which are then returned to the still for the bonne chauffe, when the eaux-de-vie exits the still at 71% ABV, ready for its long slumber in oak that will yield the finished calvados.

The young spirit is put into 350 litre barrels, firstly in new wood for two months, during which time the spirit takes tannin and colour, before being transferred to older casks for maturation. Unusually (for calvados at least), Château de Breuil also have some cask finishes, where the spirit spends an extra few months in a sherry or sweet wine cask, adding extra layers of complexity.

The Three Appellations of Calvados 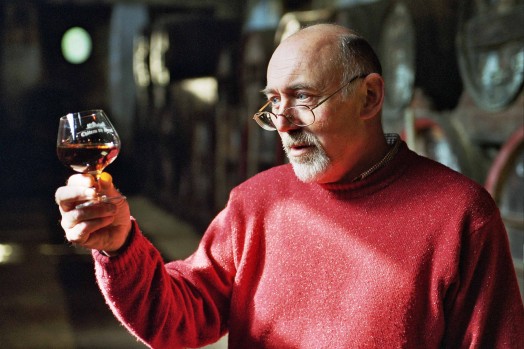 For all the appellations the whole process must be carried out in the geographical area: harvest, fermentation, distillation and ageing.

Ages on the Label